Carnivore Style contain affiliate links. When you click them and purchase the featured products, we may receive a commission. Learn more here.

A Summary of Jordan Peterson’s Journey on the Carnivore Diet 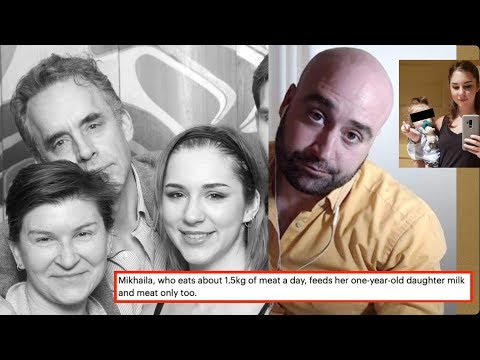 “If you want to live, somebody got to tell on your face: this is how not to die.”

YouTuber à-bas-le-ciel, real name Eisel Mazard, lambasted renowned author Jordan Peterson for spreading “anti-science” ideologies to his followers. He describes him as the 'esteemed political leader for right-wing, post-Modern Christians in the United States and Canada.'

Peterson’s family revealed that their wide range of diseases, including autoimmune disorders and depression, were healed after they adopted the carnivore diet per their daughter Mikhaila’s advice. Consuming only beef, salt, and water, he lost 60lb and the symptoms of his anxiety and depression.

Mazard observes that there is 'peculiar psychological relationship' between Mikhaila and her father, which he believes that this is stemmed from the underwhelming professional and academic growth of Mikhaila. When his father became more popular, she took control of “running his business.”

"She has lived her whole life in her father's shadow," says Mazard.

Speaking about her diet, Mazard said that Mikhaila’s discovery is pseudo-scientific and her anecdote should not be used to claim that the carnivore diet is 100 percent good for its consumers.

He also discussed how the carnivore diet could have adverse life-altering side effects for her family.

"Psychologically [Mikhaila] has a sense of redemption; she has a sense of being an important person in her own right; she now has a sense of going on tour and giving keynote speeches. She's now the one standing behind the podium, addressing the crowd - not her father," he added.

Some dietary experts have already shown their contention about the carnivore diet. Speaking to The Guardian, Lisa Sasson, a clinical professor in nutrition at New York University, branded it 'ridiculous.'

"The claims that are made are outrageous. Atkins was bad – this is 50 times worse. This is probably the worst diet I've ever heard, and I've heard such bad ones," she said.

"To me, it's amazing anyone would think there's any merit to something like this. We all know that fruits and vegetables are important. That's where you get so many of your nutrients: plant-based foods. There's absolutely nothing here."

About the Author Timothy Woods

Everything You Need to Know About World Carnivore Month