With thousands of providers on their website, Cratejoy may seem like the perfect place to set up a few subscription box orders. The question is whether their meat selection is good compared to some popular providers such as Butcher Box? We conducted a thorough Cratejoy review to find out. 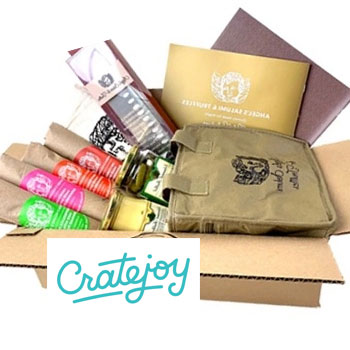 Cratejoy is an online marketplace for subscription box providers of all types to market their boxes.

They offer everything from meal subscription boxes to books, health and wellness boxes, and much more.

The company works with many food providers for items like bread, desserts, and meats.

In our quest to test and review every meat subscription provider, we thought we’d take a look through their meat selection.

This proved to be a bit of a disappointment as Cratejoy offers an extremely limited selection of meats compared to other providers we recommend such as Butcher Box.

They do have a selection of beef jerky, alcohol-infused sausages, and some specialty meal kits, but not much else.

The subscription box company offers a range of food types from bread to vegan meals to desserts and snacks. From our experience with the company, it seems that most of their menu is geared more towards snack type foods or specialty foods. Their meat menu includes:

Out of all of the above boxes, Larder Meat Co. and Hungrily Mighty Meat are the only two that we would consider traditional meat subscription boxes. 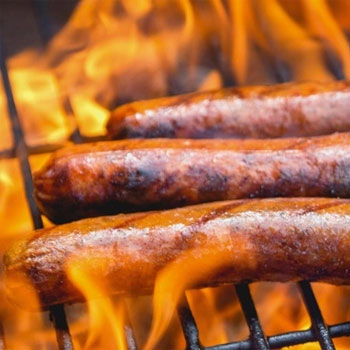 The quality depends greatly on which subscription box service you are ordering. It’s important to remember that Cratejoy doesn’t actually have their meats.

Instead, as we already mentioned in this Cratejoy review, they work with a variety of subscription box services that advertise on the marketplace.

These companies are wide-ranging in terms of grade and quality. Overall, we found that the companies' general level of quality on Cratejoy is medium to high.

Some examples of this include the Blue Apron subscription business, which has been around for many years and has a good reputation among enthusiasts of meal kits.

Because Cratejoy subscription service has a wide range of companies listed on its marketplace, the prices can range from low to high. Some examples of cheaper items on the subscription box website are the various beef jerky boxes.

Medium-priced items on their site include some of their tuna can subscription boxes and their alcohol-infused sausages boxes, which can be purchased as one, three, six, or nine-month subscriptions.

The more expensive subscription box items they have include the Hungry Might Meat Box and the Larder Meat Co. Boxes, which are whole meats such as steaks, chicken, and pork.

According to the company, over a thousand different meal delivery providers are operating in the Cratejoy subscription box marketplace. Each of these merchants has a different refund and return policy.

Based on the Cratejoy terms of service, paying customers will need to contact the subscription service merchants directly to facilitate returns or exchanges of products due to the different policies each own subscription box business merchant may have.

On their own website, Cratejoy subscription boxes can provide customer service for their website so that if you are having trouble placing orders or other technical issues, you can contact Cratejoy directly.

Many complaints from customers center around issues with the subscription business companies which sell on the Cratejoy marketplace, instead of with Cratejoy as a platform.

It’s important to remember that because Cratejoy is a platform for sellers to list their products, many aspects of the buying experience are outside their control.

We found ordering through Cratejoy was simple and straightforward. Their website was easy to navigate, and they have a wide range of companies listed. The main issue we found was their lack of meats. We also noticed that their categories could sometimes be confusing.

Cratejoy has an F rating on the Better Business Bureau. The reason stems from unanswered complaints. There are a total of 12 complaints, with 9 of them going unanswered (1).

The company has been listed as poor on the TrustPilot website, with an average of 2.7 stars out of a possible five. A total of six reviewers have ranked the being either bad, poor, or average (2).

Cratejoy has a robust Facebook page, with over 196,000 likes and 197,679 followers. Most of the comments on their page are positive with occasional complaints regarding individual suppliers on the platform (3).

Our Verdict on Cratejoy Meat

After trying a few providers on the Cratejoy website, we think they are an okay company. However, after doing research for our Cratejoy review, we can’t recommend them because of their small selection of subscription meat box providers.

Instead, we recommend Butcher Box. They offer consistent subscription box deliveries with four boxes to choose from. You can even swap out items with your personal preferences.

We like that they have free shipping and sell grass-fed meats without the use of hormones. Check out ButcherBox today to set up your monthly subscription to high-quality meats. 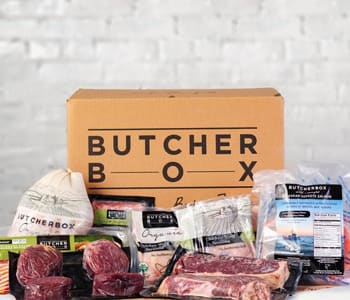