I would hazard a guess that if you asked your doctor that question, they might question whether you've gone insane. And to be honest, I probably would have thought the same before I did a lot more research on the topic.

And, of course, I tried this diet to find out for myself.

Now, the simple answer is that yes, you can survive on just beef or any other meat for that matter. There is plenty of evidence that the Inuit people traditionally spent most of the year surviving on whale meat and some fish with basically no sign of any plants on their dinner plates.

However, I want to make sure that I make all my readers aware of why many people think that the carnivore diet is complete madness.

What Are The Common Objections To A Meat-Only Diet? 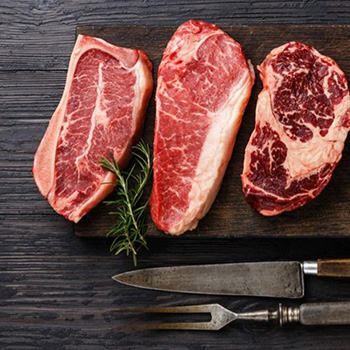 The first thing that opponents will mention is that beef, or meat in general, will not provide you with all the nutrients you need to sustain a healthy life.

To summarize the common concern, because meat doesn't contain certain minerals or fiber, your gut biome and the overall digestive system could become deficient in certain areas.

However, many of the benefits that things like fiber provide are less important when you eat only meat.

Another concern highlighted by nutritionists is that eating diverse plant foods has been shown to have a positive effect on blood glucose levels [1]. This certainly is the case for people on a typical western diet.

But it completely misses an important point.

You will pretty much eliminate most carbs on the carnivore diet, especially the highly refined ones you find in bread and sugar. These refined carbs are the biggest culprit when it comes to causing serious blood sugar spikes that, in the long-term, can cause diabetes [2].

I mentioned the fiber concern above as a general digestive concern, but some people also claim that a lack of fiber is linked to increased cancer risk.

Again, it should be pointed out that all the studies in this area have looked at a lack of fiber on the average, very carb-rich western diet and not at a high-protein and fat diet like the ones recommend on the carnivore food-list.

What Are Some Prominent Proponents Saying? 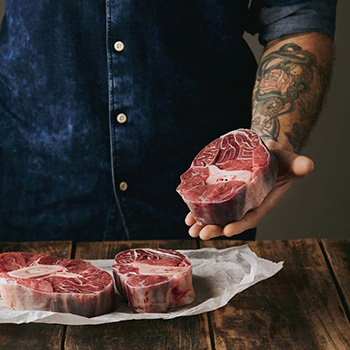 Before I jump into some of the positive claims being made, I will agree on one point. There have not been any significant scientific studies conducted on carnivore dieters.

All the studies that opponents refer to are based on mixed diets of high-carb veggies and meat, as well as tons of refined carbs.

Basically, there are no extensive studies on just eating meat and nothing else.

That being said, plenty of people have a lot of following online because of their positive experiences with sticking to the carnivore diet.

One of these proponents is Jordan Peterson, the Canadian celebrity academic. In several interviews, he has highlighted explicitly that after years of weight and mental health struggles, it was a meat-only meal plan that solved his problems.

His daughter Mikhaila has also become a huge proponent of the diet and has created a business around advising people on different carnivore methods [3].

One of the more interesting proponents is Dave Asprey. While he says that this diet didn't entirely work for him, he does comment a lot about the positive effects that meat has on people's lives [4].

No matter which diet you follow, make sure you're eating organic, grass-fed meat to limit your exposure to bad fats, glyphosate, artificial hormones, and antibiotic residues — all of which can make you weak.

The one thing that Dave's research has shown is that people may be able to reduce feeding the bad gut bacteria that can cause all sorts of health issues.

Now, to make sure I report accurately, while Dave doesn't think the carnivore diet is a long-term solution, he does believe that regular cycles may have a positive impact on many physical and mental health issues. And that kind of matches up with my own experience.

How Do I Handle These Issues?

Having tried many elimination diets, my personal experience is that you can and should adapt to them. Most people will probably struggle after a while of eating only meat. So rather than doing this diet indefinitely, it's possibly a better option to go through cycles of 1 to 3 months.

The other thing I would say is that many of the issues highlighted by opponents may be solvable with the right selection of supplements. Especially in the early days, you may be able to help your body adjust more quickly.