Can You Smoke Frozen Meat? (Here's Everything to Consider)

We all want to minimize total cook time and get right to the juicy part - eating delicious, smoke-infused meat.

That’s probably what enticed you to consider smoking frozen meat in the first place. But we beat you to it and tried it ourselves already. Here’s our verdict.

Can I Smoke Completely Frozen Meat? 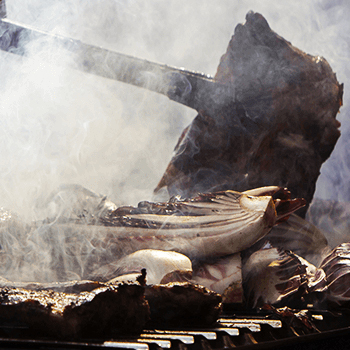 You can smoke completely frozen meat, but we wouldn’t recommend it. There are two main reasons why:

What Others Say About Smoking Frozen Meat

Here’s how one meat enthusiast described his experience [1]:

“I did a frozen pork butt straight from freezer to grill and it had an awesome smoke ring, it was seasoned with MMD before going in the freezer.”

But we also found a semi-professional that says you should never smoke frozen food [2]:

“I went to culinary school and we always used fresh meats and seafood. Frozen meat to smoke is a no-no. The smoke doesn't penetrate [it] like [it does in case of] fresh meat.”

The thing is, when water freezes, it expands. This means you’ll basically waste your seasoning on frozen meat, without getting the flavors you wanted.

Why You Shouldn't Smoke Frozen Meat In a Nutshell

When we couple our experience with that from Internet chefs, we have main reasons why you should avoid smoking unfrosted meat:

What If I Thaw Meat First? 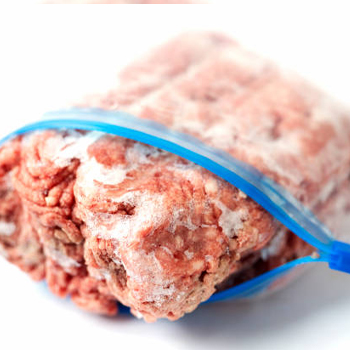 It depends on the type of meat you’ll be smoking, grilling, or cooking.

Say you want to smoke frozen chicken thighs after a quick thaw.

This could work because chicken doesn’t require a whole lot of defrosting. You’ll still get awesome flavors.

But this won’t work for other types of meat, such as pork or beef.

Here’s how to quickly thaw chicken:

If the chicken is still frozen, repeat the procedure to make sure it’s thawed well.

A word of warning: pour new, cold water again if you’ll repeat the procedure. The water you added initially will probably be lukewarm by now.

Grilling and Cooking Without Thawing?

You can grill and cook meat without thawing it first, but you definitely want to avoid this for large cuts of meat.

This is safer than smoking meat because you'll be operating at higher temperatures that kill most bacteria.

However, keep in mind that you’ll spend 50% more time in the kitchen if you don’t thaw the meat first.

This method won’t work for all types of meat, but it does work for steaks and chicken ribs:

Can You Freeze Smoked Meat? 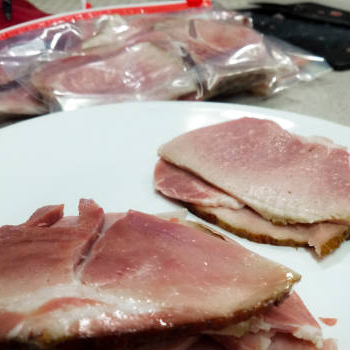 Lucky for you, you can freeze smoked meat. After so much smoking, grilling, and cooking - you deserve to preserve flavors for later.

We’ll walk you through one of our favorite and most time-effective methods.

It’s not a good idea to smoke meat in a frozen state. You’d be better off cooking it than putting it on a smoker.

You may end up with food that’s not safe to eat.

We especially wouldn’t recommend this to someone who hasn’t smoked before, although some Internet chefs did take meat from frozen to smoker and said it’s all the same thing.

Guides 8 months ago
Can You Grill Frozen Burgers? (Detailed Guide)

Guides 9 months ago
Can You Smoke Meat at 150 Degrees? (Safety & Risks)

Blog 8 months ago
Can You Eat Raw Meat? (Questions Answered)

Blog 7 days ago
What Is Kosher Meat? (5 Best Process Tips That You Can Try)

Blog 3 years ago
Can You Eat Pork Rinds on the Carnivore Diet?
A Complete Guide

Guides 8 months ago
How Can You Tell if the Ribs Are Done? (Explained)